Authorities struggle to bring migrants into temporary camp after fire 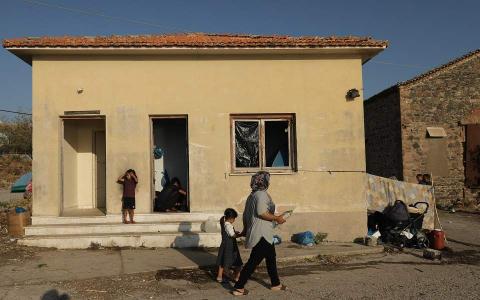 Greek authorities were still struggling on Wednesday to move thousands of migrants sleeping rough into a temporary camp, a week after the overcrowded Moria migrant camp burned down, while fears grew over a coronavirus outbreak on the island of Lesvos.

More than 12,000 people, mostly refugees from Afghanistan, Africa and Syria, were left without shelter, proper sanitation or access to food and water by the fire that tore through Moria, Greece's biggest camp for migrants reaching its islands by sea. No one was killed or hurt in the fire, which broke out after quarantine measures were imposed following the discovery of Covid-19 cases on the site.

So far, only 1,200 people have moved into the temporarily facility at Kara Tepe near the island's port of Mytilini, which was ready to host at least 5,000.

"They are still reluctant," said a police official on condition...