Berlin to take in 1,553 refugees from Greece 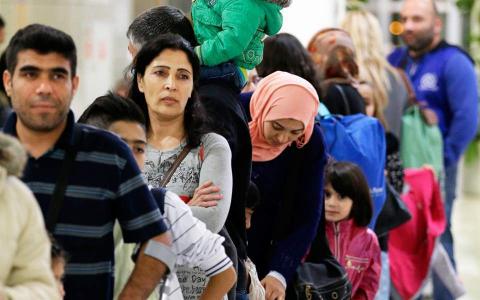 As Germany indicated on Tuesday that it would take in more than 1,500 refugees from Lesvos and other Greek islands, the government welcomed the move, indicating however that it should not be seen as rewarding illegal immigration.
The German government confirmed that it would take in 1,553 recognized refugees from the Greek islands - families with children, according to foreign wire services.
The decision was reportedly based on a proposal by German Interior Minister Horst Seehofer and came amid mounting pressure on Germany to make a larger contribution to tackling the humanitarian crisis on the Aegean islands.
After Greek Prime Minister Kyriakos Mitsotakis spoke by telephone with German Chancellor Angela Merkel, Mitsotakis' office issued a statement describing Germany's decision as a "positive move which in no way rewards those who attempt to enter the country...