Bulgaria Protests, Arman Babikyan: In Poison Trio, We Have the Confidence to Be in Politics! The Square is the Alternative to Impudent Power 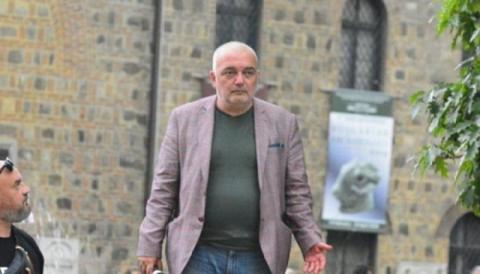 PR specialist, public figure and political analyst Arman Babikyan has been among the most often mentioned persons recently. There is no other way, since the Varna resident is among the leaders of the protests against the cabinet of Boyko Borissov, Chief Prosecutor Ivan Geshev and the designated puppeteers of a parallel state - Ahmed Dogan and Delyan Peevski, as well as the vicious system suffocating Bulgaria.
Babikyan is a member of the so-called "Poison Trio", which has been tirelessly giving courage, ideas and energy to the protesters for 70 days. It should be noted that his position against those in power in our country, long before these 70 days, is clear and unequivocal. He has been criticizing the government for a long time, and his voice is heard clearly - previously covered only in some media, and now in a more deafening waz - at the square under the windows of power. Arman Babikyan's opinion is certainly interesting for everyone, and his words are being closely monitored. That is why Novinite.bg asked him for an interview, and he, despite his busy schedule, responded.

Mr. Babikyan, you wrote in the social networks that you feel sorry for the man Boyko Borissov, who is voiceless and cannot make a decision on his own. That he thinks he's in power, but he's not. Who is his puppeteer?

It is obvious to everyone that in such situations, Borissov acts differently. We have already seen him - he resigned three times when there was a problem with his reputation or good acceptance by society. Today it is just the opposite - he is at the bottom of his popularity and yet, fighting tooth and nail, he stands in power. It is logical to conclude that there are also...