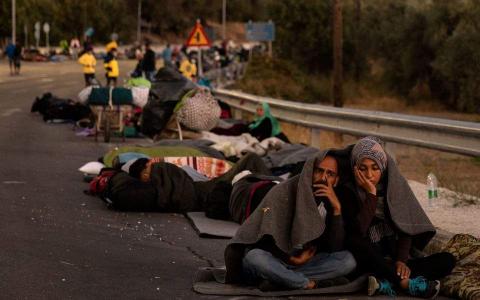 Citizens' Protection Minister Michalis Chrysochoidis said that thousands of refugees and migrants stranded by the destruction of the Moria camp will have left the eastern Aegean island by next spring.

"Of the roughly 12,000 refugees here currently, I foresee 6,000 being transferred to the mainland by Christmas and the rest by Easter, Chrysochoidis told The Guardian on Lesvos on Tuesday.

"The people of this island have gone through a lot. They've been very patient," he told the British paper.

Roughly two-thirds of the migrants on the island are Afghans who will be granted asylum and given travel papers Chrysochoidis said, adding that it is essential, however, that they agree to move into the makeshift camp being set up to temporarily replace Moria so that their asylum applications can be processed.

The minister also hailed support from Germany, France and...