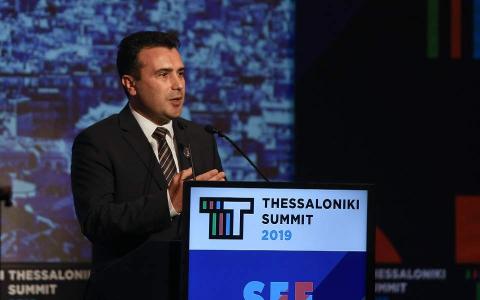 North Macedonia Prime Minister Zoran Zaev on Tuesday expressed his country's interest in participating in the construction of a liquified natural gas terminal in the northern Greek port city of Alexandroupoli, MIA has reported.

According to the North Macedonian new agency, Zaev met with the CEO of the Kopelouzos Group, the founding shareholder of the Gastrade consortium that has undertaken construction of a floating station for the gasification and temporary storage of liquefied natural gas by 2023.

Zaev met Christos Kopelouzos during a visit to Athens on Tuesday that was also attended by delegations from the North Macedonia government and the Greek firm.

The LNG terminal will have a capacity of 170,000 cubic meters and the ability to supply over 5.5 billion cubic meters of natural gas.