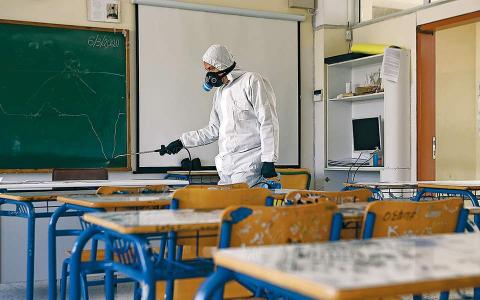 Just three days after the morning bell signaled the start of the new academic year and the reopening of schools following the spring lockdown, six schools in different parts of the country were closed on Thursday as a result of coronavirus outbreaks.

Three of the six schools - in the Athens suburb of Kaisariani, in Voutes in Iraklio on Crete and in Pyrgos in the Peloponnesian region of Ilia - have been ordered to remain closed until September 27.

The remainder - two in Kallithea near central Athens and one in Alexandria in Imathia, northern Greece - were ordered shut until September 18.

It was not clear whether the schools were closed as a result of members of staff or the student body testing positive for the virus or because there has been an outbreak in the vicinity of the school and authorities are concerned about it spreading.