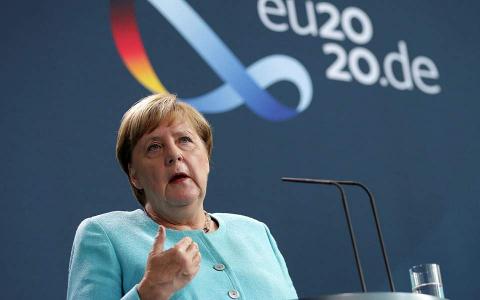 Ahead of next week's European Union summit, Greece and Turkey are being prompted by the US and Germany to engage in dialogue.

In particular, German Chancellor Angela Merkel would like to see the two countries engaging in a dialogue before the crucial summit which will discuss recent developments in the Eastern Mediterranean.

Merkel spoke on the phone on Tuesday with Greek Prime Minister Kyriakos Mitsotakis and she reportedly agreed with his consistent position that dialogue can only start if Ankara stops provocations and makes practical moves to de-escalate tension. Mitsotakis insisted in their call, the second in three days, that the de-escalation with the departure of Turkey's Oruc Reis research vessel last Saturday must not be an artificial one, and done solely so that Ankara avoids threatened EU sanctions.

Athens is reportedly leaning toward initial...

Greek-American diaspora writing its own history, before it’s too late

Sparks fly in House over ban on large gatherings

Greek FM congratulates Blinken on confirmation as US Secretary of State