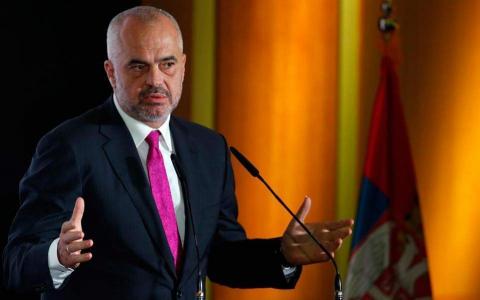 The process of inducting the countries of the Western Balkans into the European Union may be fraught with difficulties, but it is also the only way forwards, Albanian Prime Minister Edi Rama told a conference in Athens on Wednesday.

"Being a part of the European Union is our only choice and this is not just because there are other, more powerful friends calling for this, but because it is a demand of our children," Rama told The Economist's 24th Roundtable with the Government of Greece, taking place September 15-16 south of Athens.

Peace and mutual understanding efforts between the countries of the Western Balkans are paying off, Rama said, adding that despite existing differences such as Serbia's refusal to recognize Kosovo, "we are still in a position to sit at the same table, have a conversation, look at the future and prepare for it together."