Erdogan: Turkey's place is in Europe 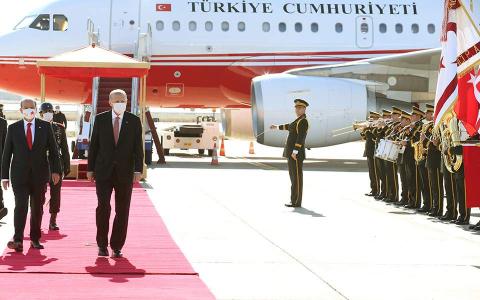 Turkish President Recep Tayyip Erdogan said Sunday that Turkey sees itself as a part of Europe, but he called on the European Union to "keep your promises" on issues such as the country's membership bid and refugees.

He spoke before an EU summit due to be held next month. In recent weeks, EU members have raised the prospect of sanctions against Turkey over its gas exploration missions in the eastern Mediterranean.

"We always see ourselves as part of Europe," Erdogan said in a virtual speech to ruling party members. "We chose to favor Europe as long as they don't force us to look elsewhere."

He added: "Keep your promises to our country, from full membership to the issue of refugees. Let's establish a closer and more efficient cooperation together."

Turkey applied for membership in the bloc in 1987 and four years ago signed a deal with the EU to manage the...

Over 7.7 mln jabs administered in past week