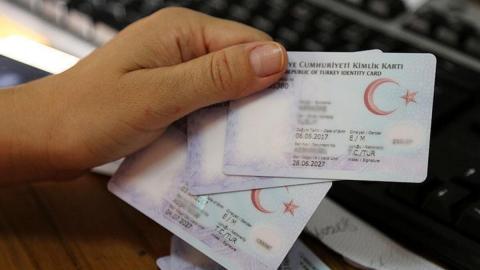 Some 7,312 foreigners have become Turkish citizens over the past three years by investing in property in the country, daily Milliyet has reported.

The data comes after a Turkish citizen asked the petition commission of Turkey's parliament how many people applied to the program, while criticizing the model.

The commission later replied to the citizen with data from the Interior Ministry.

According to the ministry, in 2017-18, 70 foreigners applied for Turkish citizenship by investing $1 million each. These investors included 26 Iranians, six Yemenis, five Iraqis, four Palestinians, three Chinese nationals, as well as a few Azeris and Afghans. Some individuals from the U.K., the U.S. and Canada also were granted Turkish citizenship during this period.

After the decision to lower the investment quota for citizenship eligibility, the applications skyrocketed.

There have also been applications from smaller and more remote countries, including 20 from St Kitts and Nevis, 10 each from Antigua and Barbuda, individuals each from Belize, Djibouti,...