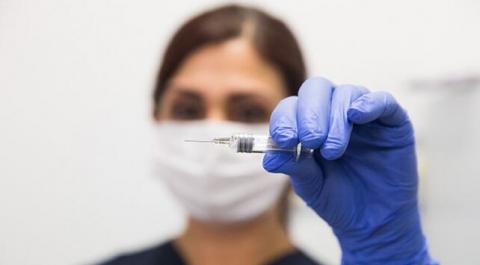 A contract has been signed to buy a Chinese vaccine developed against COVID-19 and 10 million doses of the injection are already on their way to Turkey, Health Minister Fahrettin Koca has said.

Talks with Sinovac, the Chinese developer of the vaccine, and necessary legal procedures have been concluded, Koca told daily Hürriyet.

The vaccine will be administered starting from health workers, and then people with chronic illnesses and from risk groups will be vaccinated, the minister said, adding that the vaccine will be provided free of charge.

Up to 50 million doses of the Chinese vaccine could be administered, Koca.

Brazil was the first buyer of the Chinese vaccine.

Turkey, on the other hand, will continue to work on granting licenses to other candidate vaccines, according to the minister.

Once other jabs get their licenses in Turkey, they will be offered to the public. Pharmacies will be allowed to sell those vaccines, but people have to pay for them out of their pockets.

The minister underlined that people who are in risk groups but do not have access to the vaccines should not be concerned, because the government will provide them with free injections.

Turkey has already launched human test trials for the Chinese vaccine. The jab was first administered to volunteer health workers and last week the government started to collect applications from citizens for them to take part in the tests. Some 20,000 people volunteered in a single day.

The minister also called on science people to inform and raise awareness among the public about the vaccines.

Koca earlier this month unveiled that Ankara was also in talks to buy doses of Pfizer and BioNTech's vaccine.

If the Pfizer and BioNTech vaccine...

OECD opens its 5th regional center in Istanbul
Carnegie: Why the EU and the US should rethink their Turkey policies in 2021 – Analysis