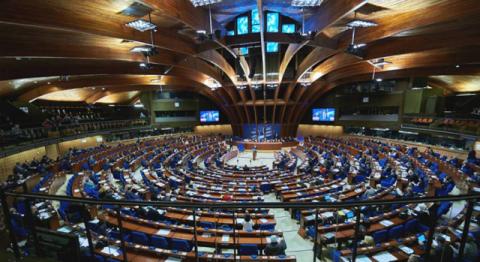 Venice Commission as integral part of Council of Europe published report on the proposed draft for new constitution by the ruling party GERB.

"We regret that a constitutional reform has been launched in Bulgaria without being preceded by a proper public debate. The draft of a new Constitution was prepared by the parliamentary majority and, it seems, without any other contribution outside. The reasons for certain amendments are not well explained, and where this is done, it's not comprehensive.

The proposal to halve the 240 MPs seems to be randomly chosen and the number of 120 MPs is inserted without a detailed assessment of the impact of such a move on the Bulgarian political system.

Amendments to strengthen social and economic constitutional rights are to be welcomed, but clarification is needed on what is meant by the state's obligation to "support the birth rate", for example.

This should not be used as an excuse for discrimination against cultural and ethnic minorities or against women. A very general wording could be used to try to severely limit or ban abortions.

These are just some of the first assessments of GERB's draft for a new Constitution of Bulgaria, made by the European Commission for Democracy through Law, better known as the Venice Commission.

The text emphasizes that a significant part of the analysis is dedicated to the administration of justice, but the members of the commission are ready to comment in detail on...