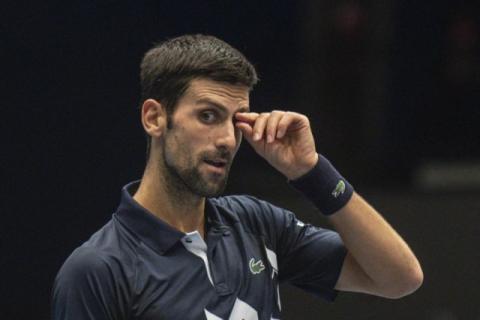 This information was placed by the local media, although it was not confirmed by the organizers, so that the Grand Slam in Melbourne could be held in March or April.
Djokovic was surprised when a British journalist connected the Australian Open and vaccination. The journalist said that the vaccine would be needed in April.
"I don't understand what you've asked me. Australian Open? April, vaccine? I'm sorry, I don't get it," Novak was puzzled in London.
The journalist continued "I'm thinking about 2020, new dates...", to which he was interrupted by Novak. "You mean 2021?" Djokovic asked and received an affirmative answer from the confused journalist. ﻿﻿

I was talking about the use of the vaccine, the journalist was persistent.
"What? Sorry... Vaccine?", The Serbian tennis player was amazed, and the Briton "explained" that it would allegedly be needed.
"I don't know anything about the vaccine as a precondition to go to Australia. I haven't heard of it at all. And I haven't heard that the Australian Open will be in April. Australia is in January, so I honestly haven't heard anything about the vaccine. I don't think it's necessary," he said.
Djokovic finished the season in first place, with a defeat by Dominic Thiem in the semifinals of the Final Masters in London.
"It's just disappointing to end the season with such a defeat, but at the same time I enjoy the competition. I enjoy traveling. I enjoy doing what I love. I'm not sure what next year will bring, it will be a little longer pre-season," he concluded.