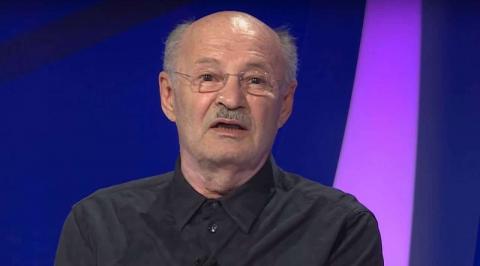 Politicians, actors and public figures across the former Yugoslavia are paying tribute to the famous Bosnian actor Mustafa Nadarevic who died on Sunday after a long battle with illness at the age of 77.

Sefik Dzaferovic, the Bosniak member of the state presidency of Bosnia and Herzegovina, called Nadarevic's death a great loss for Bosnian culture.

"I send my sincere condolences to his family and friends. Mustafa Nadarevic has left an everlasting mark in our culture, through his theatrical, film and television roles," media quoted Dzaferovic as saying.

News of the death was received with sadness by another famous Bosnian actor, Emir Hadzihafizbegovic, a longtime colleague and friend.

"Dear Mujo, I will miss you endlessly. You will also miss all those who respected and loved you," Hadzihafizbegovic wrote on Facebook.

Similar messages of sympathy were published by directors and actors from Croatia and Serbia, where he was also very well known.

Croatian Prime Minister Andrej Plenkovic and Speaker of the Croatian Parliament Gordan Jandrokovic both expressed condolences to the actor's family.

He spent most of his life in Zagreb. Local media said he was diagnosed with lung cancer and was recently released from the hospital and sent home in Zagreb.

He appeared in over 70 movies. One was the famous 1985 Yugoslav movie When Father Was Away on Business, in which he played the role of Zijo, a high-positioned Communist official.

In the 1988 movie The Glembays in Croatia, an adaptation of Croatian writer...