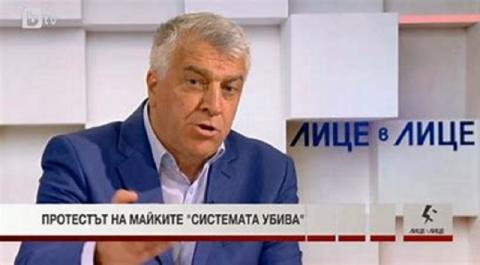 "There is no way for the Bulgarian Socialist Party (BSP) to vote for a budget that would sink the Bulgarian economy," This is what Prof. Rumen Gechev, floor leader of „BSP for Bulgaria" told the Bulgarian National Radio.

Prof. Gechev noted that a huge part of the Bulgarian citizens and firms are not protected.

"The Bulgarian citizens started dying on staircases owing to completely confused situation in our health system while the government has not stir a finger to improve it. For this reason the BSP has fulfilled its duty as the only and real opposition party. We have proposed an alternative budget based on the new European philosophy which takes into account Bulgaria's specific characteristics. Our alternative budget is a guarantee for higher budget revenues of BGN 1,8 Billion, as well as BGN 500 Million lower budget deficit," the Socialist MP commented.

As regards the proposals of the BSP on the social sphere Gechev specified: "The tax income tax should become progressive. Only in Bulgaria the rich and the poor pay the same income tax. Moreover that in the EU Bulgaria ranks first in terms of polarization of the poor and the rich. This gap has been growing wider in recent months and tens of thousands families are living from hands to mouth and cannot afford medicines and good food. People with monthly earnings of up to BGN 3,900 (€ 1,950) will continue to pay 10% tax and they account for 2,100 Million employed Bulgarians."

Gechev underscored that there no examples in the world showing that low tax brings shadow economy in the light. "Could we say that the citizens of Switzerland, Germans, Americans, Spaniards or Portuguese, Czechs and Poles work in the grey economy," the Professor asked rhetorically.