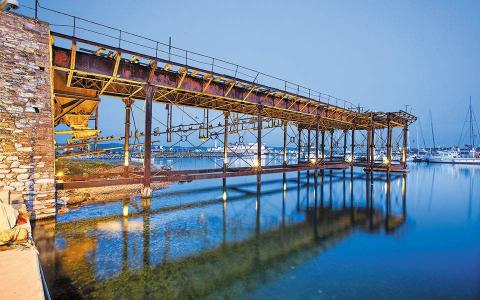 A plan for the restoration of the French Pier at the port of Lavrio, in southeast Attica Attica by the National Technical University of Athens has been unanimously approved by the Ministry of Culture's Central Council of Modern Monuments.

The French Pier, an industrial landmark of the area and the largest such construction in Greece, was built between 1886 and 1888. The Lavrio silver and lead mines, known and used since antiquity, were shut down in the late 20th century and the site was assigned protected status in 1987, but no other plans were announced.

A detailed study on its condition was completed in 2017 by university engineers in collaboration with the Lavreotiki Municipality, and findings were used to draw up a plan for its preservation and restoration.

Mayor Dimitris Loukas said "The French Pier is an emblematic monument for our...