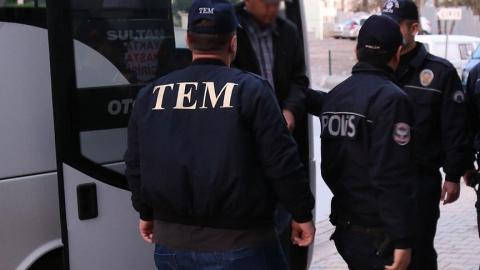 "Although we were left alone, we have nabbed nearly 9,000 foreign terrorist fighters and sent them back to their countries," Erdoğan said at the virtually organized summit.

"We are the only NATO country fighting Daesh in Syria on the frontline," Erdoğan added.

Turkey does its best to "eliminate the terrorist threat, prevent conflicts and strengthen stability," in the region, the president added.

The G20 Leaders' Summit kicked off in Saudi Arabia's capital Riyadh on Nov. 21.

Saudi Arabia is chairing the two-day summit which is being held virtually in the wake of the coronavirus pandemic.

Erdoğan said that the pandemic has exacerbated many problems, especially poverty and inequality.

"Especially our African brothers and sisters and Asian and Latin American friends are facing serious difficulties," he added.

Noting that refugees and forcibly displaced persons are the most vulnerable, Erdoğan said: "These people are forced to struggle against the intentionally fueled anti-Islamism and xenophobia, plus economic difficulties."

"None of us can ignore this dire picture," he said. "We must keep redirecting humanitarian aid to war-affected areas and populations at risk."

Erdoğan said that Turkey has been hosting the highest number of refugees in the world for the last six years.

"We host more than four million refugees in our country, most of them Syrians," he said.

Turkey also provides humanitarian aid and protection to millions of needy people in Idlib and many other places within the borders of Syria, he...