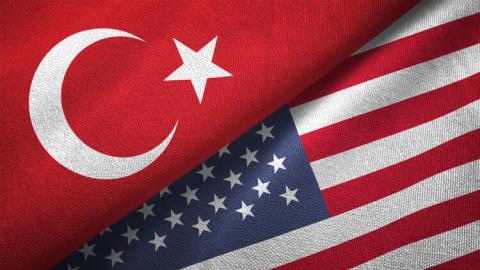 "Although there are differences of opinion between Turkey and the United States, the two countries have a long tradition of cooperation," Akar said, addressing to Halifax International Security Forum via teleconference.

He expressed that they wish to work closely with their colleagues in the new U.S. administration. Akar also stated that the decision of the Trump administration to withdraw troops from Afghanistan would risk the achievements in this country in the past 20 years. He emphasized that some problems, such as the issues of Turkey's procurement of Russian-made S-400 air defense systems and the U.S. reaction to suspend delivery of F-35 aircraft to Turkey "clearly overshadow Turkish-American relations."

"The procurement S-400 posed a major problem. I would like to state that our intention is merely to provide air and missile defense to 83 million Turkish citizens and our country. We have come to this stage after a long, open, and transparent procurement process. What else have we been expected to do?" the minister asked.

The safety of the F-35 technology is as much important for Turkey as it is for the United States, he added.

"We know that the U.S. has concerns about this issue, but we are still eager to address these concerns. Regardless, we should avoid this threatening language and sanctions rhetoric when dealing with disputes between two 70-year-old allies," he said.

Akar stressed that "as soon as we find a way to remove these barriers, we can focus on talking about the common risks and opportunities arising from the new global...