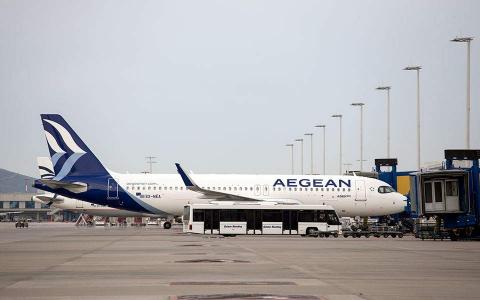 Greece's largest carrier Aegean Airlines reported on Tuesday a 28.3 million euro ($33.6 million) loss for the third quarter as passenger traffic fell and aircraft were grounded during the coronavirus pandemic.

On Monday, the Greek government said it was considering a 120 million euro cash injection, subject to European Union approval, for the airline, which is seen as vital to Greece's tourism industry.

It was the airline's second straight quarterly loss and overturned a 90.2 million euro net profit in the third quarter of last year.

Revenue for the carrier, a member of the Star Alliance group, came in at 155.1 million in the third quarter, compared to 512.5 million in the same quarter of 2019.

A partial lifting of travel restrictions across Europe as of July allowed the gradual resumption of international flights, although several countries remained...