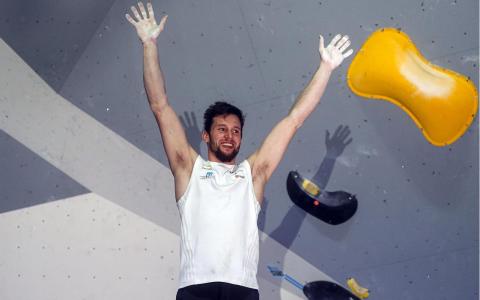 Kruder, who will turn 30 on 5 December, so far had a silver medal from the 2014 World Championship and the overall Bouldering World Cup win in 2018 to show for himself.

He won the World Cup event in Moscow last year and sealed the title on Monday before even attempting the final boulder problem.

“This was a lot of fun… I’m very happy, I really wanted this victory,” Kruder said after the event.

This is already the 24th medal for Slovenia at European Championships, with Slovenian climbers grabbing at least one medal at ten consecutive championships ever since 2002. Kruder has however become the first Slovenian male climber with a European title.