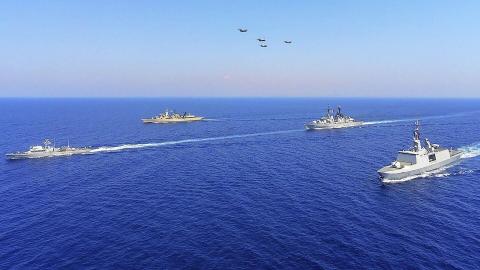 The European Union has to correct its mistakes on its position over the ongoing row in the eastern Mediterranean and engage in a constructive dialogue with Turkey, Turkey's top diplomat has said, suggesting that the entire Europe will suffer if it fails to do so.

"The EU has to correct its mistake [in the Mediterranean]. The entire Europe will benefit from our cooperation if it can do so. Otherwise, the whole of Europe will suffer," Foreign Minister Mevlüt Çavuşoğlu said at the Parliament Budget Commission while defending his ministry's 2021 budget on Nov. 24.

Çavuşoğlu explained that the recent tension between Turkey and Greece in the Mediterranean and the Aegean Sea effects Ankara's relationship with Brussels because some countries including Greece and Greek Cyprus are trying to turn it into an EU matter.

"We are expecting that the EU sees its mistakes and the value Turkey's membership will add to the EU. We believe a more fruitful relationship can be established in this case. In our contacts with the EU, we are emphasizing on our willingness to be in a constructive dialogue," he said.

The minister said Turkey was not alone as there are member countries who think within the same line.

The statements of the Turkish minister comes after President Recep Tayyip Erdoğan said Turkey sees its future in Europe and believes it can build a future with the EU, a move regarded as a will to repair broken ties with Brussels.

Turkey ready for talks with Greece

On the ongoing tension in the Mediterranean, Çavuşoğlu reiterated Turkey's determination to defend its rights and interests in the region, saying, "As a country with the longest shore line in the eastern Mediterranean, it's...