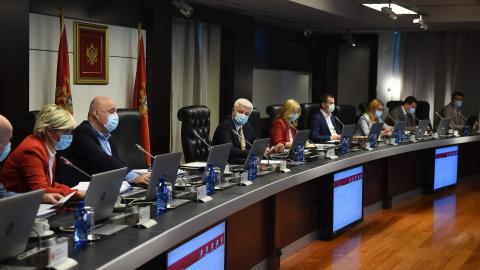 With four political blocs still working to create a new government in the wake of the end-August election, DPS Prime Minister Dusko Markovic has put his signature to a string of new hires, drawing fire from civil society groups that say such posts should only be filled by the incoming government. Some say the recruitment drive lacks any legal basis.

Montenegro's bloated public sector has long been seen as a key source of votes for the DPS, which has ruled the country of 620,000 people for the past three decades but is now set to enter opposition. The public sector's estimated 60,000 employees represent around 30 per cent of the country's entire workforce.

In 2013, embarrassed by accusations that it was abusing the system for political gain, the DPS promised to shrink the public sector, but never did.

Milena Muk of the NGO Institut Alternativa said the new hires could spell trouble for the next government.

"The appointments of high-ranking officials in certain ministries can complicate the new government's task of gathering professional and necessary staff," Muk told BIRN.

"In cases like this, in which the mandates of high-ranking officials expire, they should wait for the new government to be formed."

The government did not respond to a request for comment for this story.

Markovic has made 13 senior hires since the last parliamentary election was called on June 20, including four since the actual election was held on August 30.

In September, his government appointed Dragan Asanovic as head of the Directorate for Waste Management and Communal Development at...