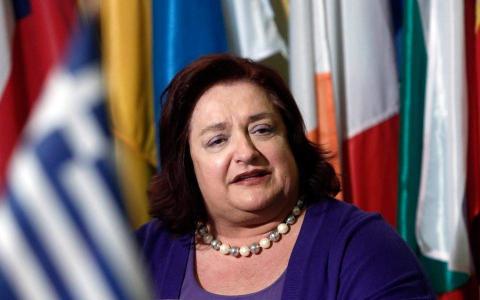 The head of the Greek delegation to the NATO Parliamentary Assembly, Marietta Giannakou, has been elected vice president of the consultative interparliamentary organization for the North Atlantic Alliance, making her the first Greek MP to be appointed to the position.

Giannakou, who also extended her congratulations to the newly elected speaker of the Parliamentary Assembly, the American Gerald Connolly, said that in the years leading up to 2030, the assembly will work on the basis of the three targets set by Secretary-General Jens Stoltenberg, namely a militarily strong Alliance, and the strengthening of its political character and its global role.