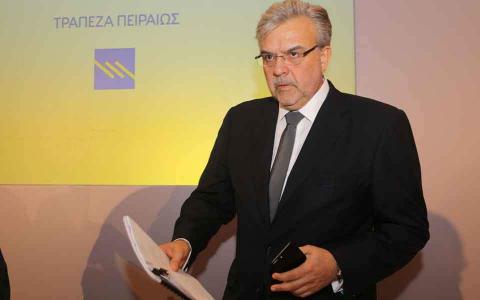 The management of Piraeus Bank has announced a program to boost its capital base by 1 billion euros to create the cash reserves that will allow it to proceed with a more aggressive reduction of its bad-loan portfolio.

The first concerns the sale of its cash machine network to an independent company, a move that should earn some 300 million euros. Another point that is seen fetching 300 million euros is the securitization of performing loans amounting to 2 billion euros.

The bank further intends to concede to a fund the management of holdings up to 400 million euros that the Piraeus Group has in companies incorporated in its financial report, a move that should benefit the lender by some 100 million. Finally...