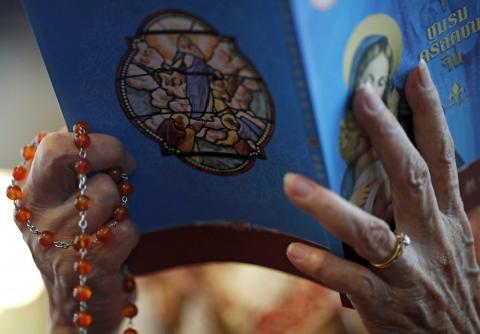 Some NGOs have criticised an independent MP, supporting the ruling Croatian Democratic Union, HDZ, who has proposed an amendment to the 2021 budget, allocating 1.5 million kuna, or 200,000 euros, for "persecuted Christians and other people in need".

The budget is due to be voted on in parliament on Wednesday.

Conservative MP Marijana Petir, whose idea of giving help to persecuted Christians has been accepted by the government, said the funds were intended mainly for scholarships for young people "persecuted for their faith".

"The funds are intended for scholarships for young people who are persecuted for their faith in countries where Islamist terrorists are in power or governments do not allow them to enrol for a master's or doctorate just because they are Christians," Petir told the news agency Hina.

"We want to enable them to study in Croatia and gain knowledge and then return to their homelands where they will help build their communities and a democratic and tolerant society," she continued.

Some NGOs have taken issue with the idea, however, saying that humanitarian aid must not be granted on a discriminatory basis.

The Croatian Platform for International Citizen Solidarity, CROSOL, on Tuesday slated the amendment as contrary to the government's own undertakings.

"We believe that selectively granting aid on religious, ethnic or racial grounds is contrary to the principles of [the government's] international development cooperation, and means discrimination against all vulnerable groups not covered by this measure," it said.

Opposition MPs have filed about 300 amendments to the budget proposal, most of which were rejected.

Asked to respond to critics of the proposed help for Christians, Petir...