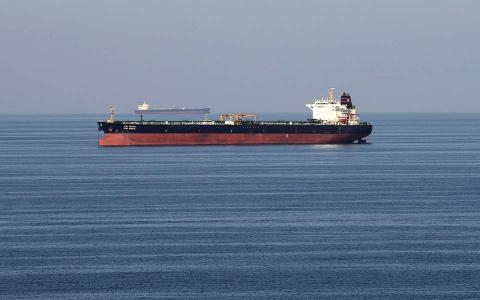 A Greek-operated tanker was damaged by a mine at a Saudi Arabian terminal, damaging its hull, British maritime security company Ambrey said on Wednesday.

The Maltese-flagged tanker Agrari, is operated by Greece's TMS Tankers, Ambrey said. TMS could not be reached for immediate comment.

"LR2/Aframax tanker AGRARI was impacted by a mine having berthed at one of the Al Shuqaiq Steam Power Plant (SSPP) jetties in Saudi Arabia," Ambrey's report said.

"The explosion took place in port limits and punctured the hull of the vessel, which is in ballast," it added. It did not say when the incident happened but noted the vessel had arrived at Al Shuqaiq on Nov 23.

Al-Shuqaiq is on Saudi's Red Sea coast, just north of the Yemeni border.

Archbishop Elpidophoros to join prayer for new US administration

Brussels recommends vaccinating at least 70% of EU adults by summer

Teen brothers accused of assault released, but under strict terms

My Father, Martin Luther King Jr., Had Another Dream