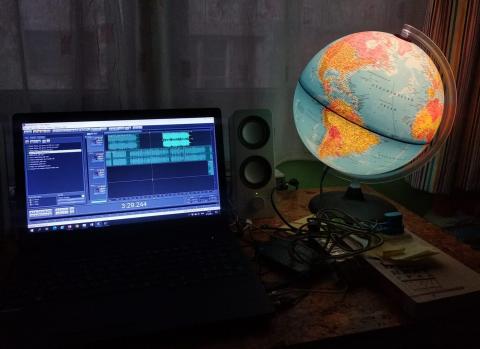 Not long ago, tuning into a Bulgarian podcast was rare. In just a few years, however, the situation has changed hugely both in terms of choice and listeners' habits. Productions in different genres increasingly appear out of nowhere, and the podcast format is on the verge of obtaining serious momentum.

Although investigations are still few are far between, the trend has the potential to challenge and diversify Bulgaria's media landscape, which is clearly problematic; the country was ranked in lowly 111th place in the 2020 World Press Freedom Index, and the overt ties between media outlets, oligarchs and politicians have long drawn unrest and protest.

However, the Bulgarian podcast scene is still in its "punk" phrase, with all its charm and imperfections.

Some of the major local productions are "Govori Internet" (The Internet Speaks), by Elenko Elenkov and Vladimir Petkov-Kaladan, now in its fourth season, which casts an eye on various modern life topics and has a focus on technology; "Ratio", which delves into science, psychology, politics and tech progress; "Victoria", by Peter Georgiev, devoted to nerdy bits of football history; "The Urban Detective", which brings to life little known historical details about Sofia and other major towns; "The Superhuman", where every episode tells an inspiring story about physical strength, sports, health, and "Falshimento", which presents new, often under-the-radar music. The bubbling stand-up comedy scene in Sofia meanwhile fuels Comedy Club's podcast.

Some of the productions that started this year address subjects that are rarely touched upon in great detail in the everyday news cycle and often meet ignorant remarks from the political elite: "Oh Yes", for example, brings in one four female...