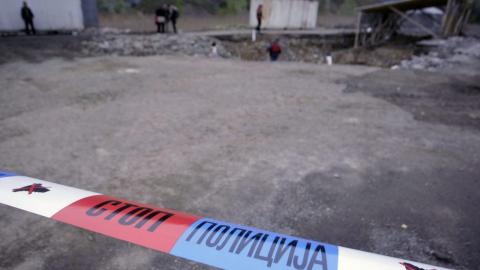 Exhumation of human remains - thought to be Kosovo Albanian victims of the Kosovo independence war - found at Kizevak, in Raska, in southern Serbia - should start next week, when the whole terrain is prepared for work, officials say.

A judge of the Higher Court in Belgrade's War Crimes department formed a court expert commission on Wednesday; the exact date of the dig has yet to be decided.

"The start of works will be determined following expertise on the geological situation in the field, which will be determined by the commission and forensic archaeologist Andrej Starovic," the court told BIRN. It added that the information should be submitted no later than Friday.

The head of the Serbian Commission for Missing Persons, Veljko Odalovic, told BIRN that preparatory works were ongoing and that exhumation "in full capacity will start from Monday".

The work would begin "when expert team is completed [and] the location must be equipped first, with tents, electricity, water and so on," Odalovic explained.

The remains were discovered on November 16, not far from the Rudnica quarry, where the bodies of more than 40 Kosovo Albanians killed by Serbian forces in the 1998-99 Kosovo war have already been found.

Odalovic told the media last week that there were 15 to 17 possible bodies there.

"According to the information that we had …  there are potentially 15 to 17 possible bodies here, but until the complete search of the location is completed, until DNA samples are taken from the remains … we cannot say with certainty who they belong to," Odalovic told Serbian broadcaster Radio Television of Serbia, RTS.

The discovery has triggered the usual conflicts between Belgrade and Pristina.