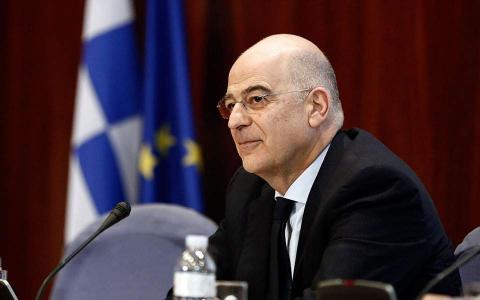 Athens is urging Ankara to proceed with goodwill moves of substance and not resort to 11th-hour statements with the sole aim of pre-empting any adverse decisions against it during the European Council on December 10-11.

The conviction in Athens is that its European Union partners are aware of Ankara's opportunist stance before the previous summit when again it had expressed the best of intentions only to change course after it secured that it had avoided sanctions over its behavior toward Greece and Cyprus.

According to Foreign Minister Nikos Dendias, Turkey has been given every opportunity so far, "but did not respond." He noted that last-minute statements by Turkey will not deceive the EU. "The European Union is not naive," he said.

"Greece of course has always remained faithful to the idea of ​​honest dialogue," he said, while insisting that Turkey must...

Archbishop Elpidophoros to join prayer for new US administration

Brussels recommends vaccinating at least 70% of EU adults by summer

Teen brothers accused of assault released, but under strict terms

My Father, Martin Luther King Jr., Had Another Dream