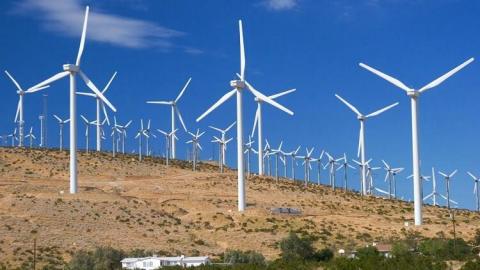 Turkey ranks among the top five countries in Europe with its large-scale production plants for wind turbine equipment, the country's industry and technology minister said on Nov. 25.

"We'll take the necessary steps to manufacture equipment that has not yet been produced in our country," said Varank.

Noting that the ministry had issued nearly 7,000 incentives for renewable energy investments in the last eight years, Varank said these investments, worth 124 billion Turkish liras ($34 billion), had since created jobs for over 19,000 people.