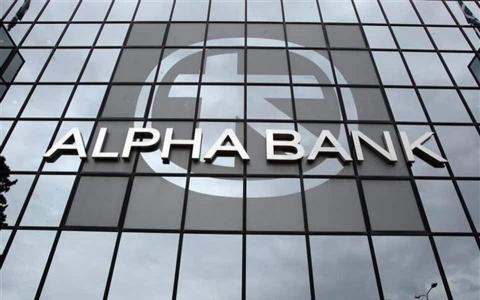 Alpha Bank, one of Greece's four largest banks, on Wednesday reported a drop in third-quarter profit compared to the previous quarter on weaker net interest income.

Alpha, 11 percent owned by the country's bank rescue fund HFSF, reported a net profit from continued operations of 43.8 million euros, versus €97.5 million in the second quarter.

Alpha is in the process of securitizing €10.8 billion of impaired loans and selling its loan servicing unit Cepal, a project named Galaxy.

Shedding these legacy loans will relieve its balance sheet, reducing its nonperforming loans in Greece to 13% of total loans, while its ratio of nonperforming exposures will fall to 24%, it said.

"Despite a most challenging environment, we received two binding offers from international high-quality investors and we selected a preferred bidder, with a view to sign...