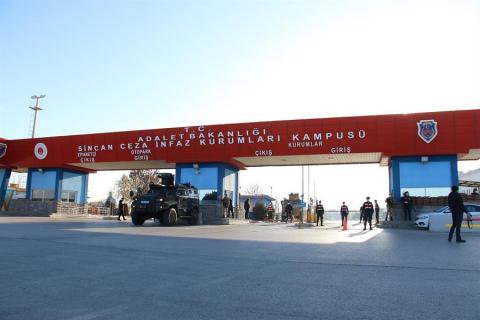 Turkish court jailed 337 former pilots and other suspects for life in one of the largest trials stemming from the bloody 2016 coup attempt against President Recep Tayyip Erdoğan.

The country's largest courtroom was packed with dozens of security personnel and lawyers and the presiding judge ordered one protesting defendant to "Sit down!" several times before reading the verdict. Court documents obtained by Agence France-Presse showed 337 defendants handed life sentences for murder, violating the constitutional order and attempting to assassinate Erdoğan. Sixty suspects were given jail sentences of various lengths while 75 were acquitted.

In the trial on the role of officers at the Akıncı Air base, which served as a headquarters for the failed July 15 attempt, the court handed 79 aggravated life sentences to 15 former soldiers, including pilots who bombed Ankara, and four civilian covert imams, who were present at the base to manage the coup attempt. All of them were also sentenced to 3,901 years and six months in prison for "attempting to intentionally kill", "attempting to deprive a person of liberty" and "depriving a person of liberty."

Former pilot Capt. Uğur Uzunoğlu, who bombed the Police Special Operations Department while being on the same plane with Hüseyin Türk, was also given...