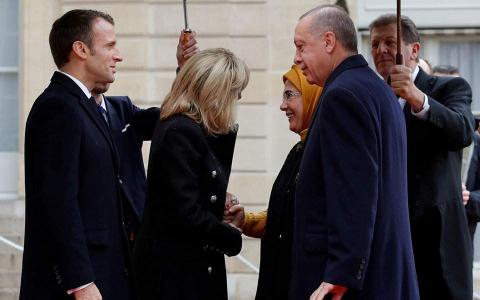 France is leading a push for European Union sanctions on Turkey next month to follow through on a threat made by the bloc in October, but has yet to win support from EU governments beyond Greece and Cyprus, officials and diplomats said.

Paris says Turkish President Recep Tayyip Erdogan has not heeded EU leaders' warnings on Oct. 1 to back down in a dispute over gas exploration in the Mediterranean or face consequences.

The European Parliament on Thursday called for sanctions, decrying Erdogan's visit earlier this month to the breakaway Turkish Cypriot north of the island of Cyprus.

"Turkey knows what it needs to do," France's Foreign Minister Jean-Yves Le Drian told a French parliamentary hearing this week. "Confrontation or collaboration, it's up to them."

The Turkish Foreign Ministry has criticized the EU for discussing sanctions,...