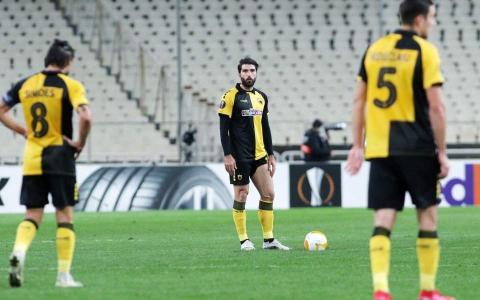 AEK let its fans down with a 3-0 home reverse to Zorya Luhansk on Thursday for the Europa League and has all but missed out on qualification to the knockout stages, while PAOK wasted a two-goal lead at Eindhoven to go down 3-2 to PSV, but is still in with a chance

A disastrous second half sufficed for AEK to lose by the same margin its had won three weeks earlier in Ukraine (4-1), though the head-to-head record will probably not matter as these two sides are probably heading for elimination anyway.

The Greeks could not find a way through in the first half, but the goalless result at half-time would not point at what was to follow. Early on in the second half AEK was left with 10 as Yevhen Shakhov (a Ukrainian) saw his second yellow card, and the hosts crumbled.

Zorya made the most of it, scoring three times in the last half-hour of the game, first through Artem...