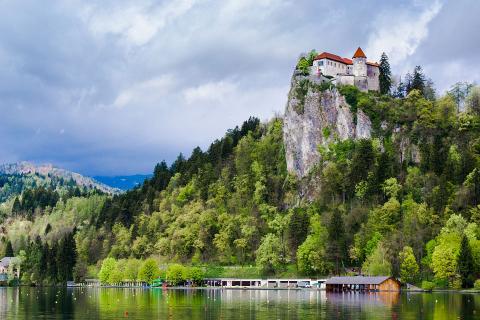 Ljubljana – Tourism facilities in Slovenia recorded slightly more than 173,000 tourist arrivals in October, which is 63% less than in the same month last year, which is mostly attributed to the coronavirus epidemic and more specifically, the government locking down tourism facilities as of 24 October.

While the number of Slovenian guests increased by 2% to almost 134,000 in October, the number of foreign tourists dwindled by 88% to around 40,000 year-on-year, the Statistics Office said on Wednesday.

Between January and October, slightly more than three million tourist arrivals were recorded in Slovenia, which is 46% less than in the same period last year. The number of overnight stays dropped by 37% to slightly more than nine million.

What is probably a result of free tourism vouchers granted by the government and partial border closure, the number of Slovenian tourists increased by 39% and the number of overnight stays they generated was up by 49% year-on-year.

On the other hand, the number of arrivals of foreign tourists dropped by 72% and the number of their overnight stays was down by 68% compared to the January-October period in 2019.