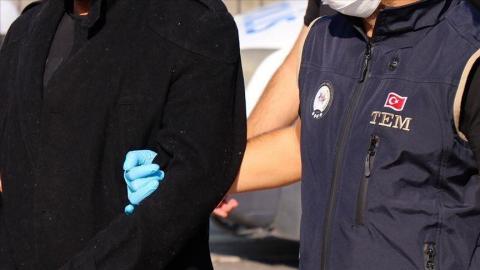 Police anti-terror teams conducted an operation in Istanbul's Okmeydanı neighborhood on Oct. 14 this year, arresting five suspects and seizing digital documents and materials, said the source, who asked not to be named due to restrictions on speaking to the media.

The suspects attempted to destroy the evidence as the police raid was underway. A memory card that was encrypted using three different programs was among the materials seized.

The police deciphered how the terrorist group was structured and terrorist activities carried out by its cells in cities and rural areas by decoding the DHKP-C's digital archive.

It was learned from the archive that hunger strikes and death fasts were carried out systematically in line with instructions from the so-called Central Committee of the DHKP-C abroad.

In addition, police discovered that in the decisions taken in programs and activities carried out by some professional associations, the interests of the terrorist organization were looked after.

The anti-terror teams conducted simultaneous operations across 12 provinces and arrested 97 senior members of the terror group on Oct. 29 after decoding the digital archive.

In one of the documents, it was revealed that the terror group's Central Committee asked a professional association to put pressure on the Institute of Forensic Medicine for...