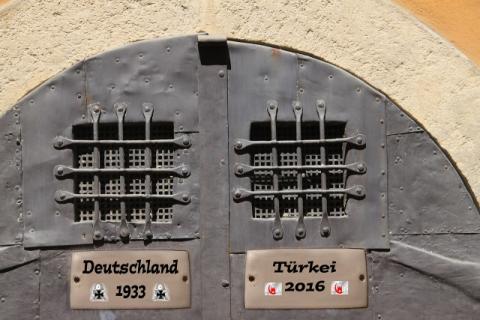 A Turkish court has sentenced leaders of the attempted coup in 2016 to life imprisonment, convicting hundreds of army officers, pilots and civilians over the failed effort to overthrow President Recep Erdogan.

More than 250 people were killed on July 15th 2016 when rogue soldiers commandeered warplanes, helicopters and tanks to take control of institutions and overthrow the government, directed from an airbase near the capital, Ankara.

The trial of nearly 500 defendants was the highest profile of dozens of court cases targeting thousands of people accused of involvement in the coup attempt, which Erdoğan blamed on supporters of the US-based cleric F.Gülen. He has denied having any role.

Based at the Akıncı airbase, the defendants were accused of directing the coup and bombing government buildings, including parliament, and attempting to kill Erdoğan. Many of the military commanders involved have already been sentenced to life in jail.

"The treacherous network which rained bombs on parliament, the presidency and our people was convicted again before justice and our nation," said Ömer Çelik, the spokesman for Erdoğan's Justice and Development party (AK).

"It is continuing to organise every kind of treachery in various countries to harm Turkey," he tweeted. "Our battle with putchist terrorism will continue."

Four ringleaders, dubbed "civilian imams" over their ties to Gülen's network, were among 19 defendants who received 79 aggravated life sentences for charges of attempting to assassinate the president, murder, and seeking to overthrow the constitutional order, the state-owned Anadolu news agency said.

F-16 pilots who carried out attacks were also among those given aggravated life...