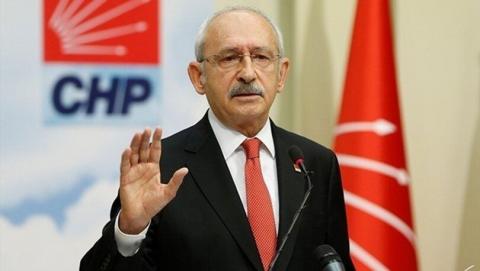 The main opposition leader has criticized President Recep Tayyip Erdoğan for selling 10 percent of the Borsa Istanbul to Qatar, describing the sale as yet another example of the desperation of the government in running the economy.

The government had sold factories, lands, banks, and insurance companies in a bid to generate cash money, Kılıçdaroğlu said. "How far will this go? Whose properties are you selling?"

His criticisms came after Turkey and Qatar signed 10 agreements on Nov. 26 including the selling of 10 percent of Borsa Istanbul. The agreement did not specify how much Qatar has pay in return.

"Nobody knows how much they sold it for. Why don't you inform the people about the sale? Why don't we know?" the CHP leader asked. The government cannot collect the tax, cannot produce resources enough to the budget and that's why it is selling the factories and other assets, Kılıçdaroğlu said.

He criticized the government for not providing detailed figures about the economy and this kind of transactions, saying, "The things that you are selling belong to 83 million people [population of Turkey]. You cannot simply say I sold them'."

Turkey's current reserves at the Central Bank are minus $54 billion because of selling $128 billion just to protect the Turkish Lira against the foreign currencies, Kılıçdaroğlu stated, adding, "Despite...