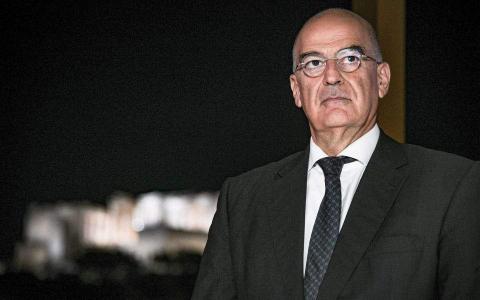 Foreign Minister Nikos Dendias has once more called for EU measures to contain Turkey's "delinquent and provocative policy," stressing that "Europe cannot pretend that Turkey is acting as an acceptable player in the region."

Dendias made the comments during an interview with Bloomberg News that was broadcast Thursday. EU leaders are to decide on sanctions against Ankara over its actions in the eastern Mediterranean during a European Council December 10-11.

"Europe must show the limits of [Turkey's] behavior," said Dendias, warning that failure to take action could give Ankara the impression "it can continue its current behavior without any restriction."

Should Ankara choose to comply with international law, "no one will be happier than Greece," the Greek minister added.

In the same interview, Dendias reiterated Greek calls to Berlin that...