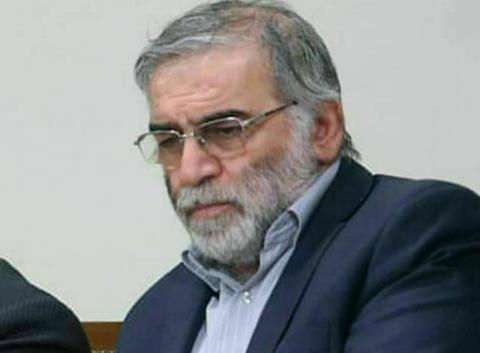 An Iranian scientist that Israel alleged led the Islamic Republic's military nuclear program until its disbanding in the early 2000s was killed in a shootout on Nov. 27, state television said.

Israel declined to immediately comment on the killing of Mohsen Fakhrizadeh, who Israeli Prime Minister Benjamin Netanyahu once called out in a news conference saying: "Remember that name." Israel has long been suspected of carrying out a series of targeted killings of Iranian nuclear scientists nearly a decade ago.

The semiofficial Fars news agency, believed to be close to the country's Revolutionary Guard, said the attack happened in Absard, a small city just east of the capital, Tehran. It said witnesses heard the sound of an explosion and then machine gun fire. The attack targeted a car that Fakhrizadeh was in, the agency said.

State television on its website later published a photograph of security forces blocking off the road.

Fakhrizadeh led Iran's so-called "Amad," or "Hope" program. Israel and the West have alleged it was a military operation looking at the feasibility of building a nuclear weapon in Iran. Tehran long has maintained its nuclear program is peaceful.