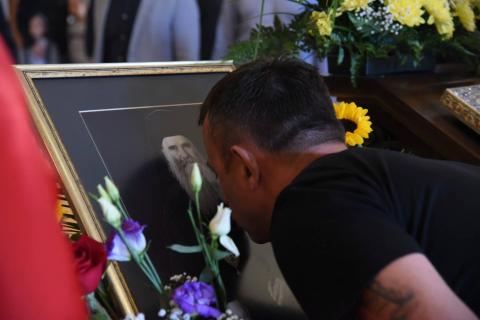 It also presents the Church's Belgrade leadership with an opportunity to elect a successor more in sync with Serbian state policy under President Aleksandar Vucic, analysts say.

Metropolitan Amfilohije Radovic died on October 30 of complications from COVID-19. He was 82 years old.

For three decades, Amfilohije led the powerful Serbian Orthodox Church, SPC, in Montenegro, through the bloody collapse of federal Yugoslavia, years of deteriorating relations between Podgorica and Belgrade and a 2006 referendum that saw Montenegro end almost a century of a state union with Serbia.

For much of the last year of his life, he was at the head of bitter mass protests against a disputed law on religious freedom, whipping up resentment of the DPS that played a major part in its fall from power in an August election. Amfilohije's death robs the Montenegrin branch of the SPC of a charismatic leader rivalled in longevity and power only by the current president of Montenegro, Milo Djukanovic.

Whoever takes his place will struggle to wield such influence.

The SPC in Montenegro "has no undisputed leader who could completely replace" Amfilohije, said Zlatko Vujovic, head of the Podgorica-based Centre for Monitoring and Research, an NGO.

"There is no bishop who would be able to match Amfilohije in influence."

Dragisa Janjusevic, director of the Centre for Political Education, agreed:

"It is certain that the death of Metropolitan Amfilohije will affect the political strength of the Serbian Orthodox Church in Montenegro," he told BIRN. "The only question is, 'How much?' It depends on the future metropolitan."

People pay respect during the funeral of the Serbian Orthodox...