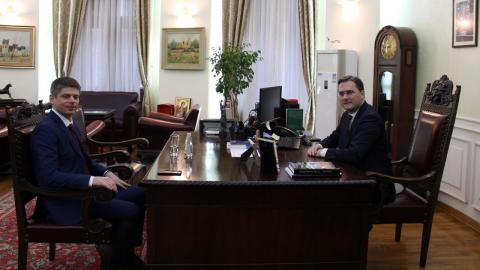 The Serbian government has appointed a French national, Arnaud Gouillon, head of the organisation Solidarité Kosovo - known for his far-right views and humanitarian activities among Kosovo's Serbian minority - to head its Office for Cooperation with the Diaspora and Serbs in the Region.

This Office is part of the Foreign Ministry, which said in a press release that Gouillon had "realized numerous actions to help the Serbian people in Kosovo and Metohija and has been active in spreading the truth about events in former Yugoslavia.

Dragan Popovic, director of the Belgrade-based think tank, the Centre for Practical Policy, was unimpressed, calling it a decision done "in part, [for] a marketing purpose".

She told BIRN that such appointees "in an autocratic pyramid system like the one in Serbia cannot play any serious role because decision making is strictly centralized and concentrated in the hands of [President] Aleksandar Vucic".

"I believe a large part of the reason for appointing a man whom the majority recognizes for his humanitarian actions for Serbs from Kosovo lies in marketing," she added.

Gouillon called his appointment a great honour and thanked President Vucic and Foreign Minister Nikola Selakovic for it.

He said the main goals of his Office - the preservation of the spiritual, national and cultural independence of the Serbian people outside the homeland, and improving the position...

The Balkans and the USA in the same sentence; A war scenario approaching?