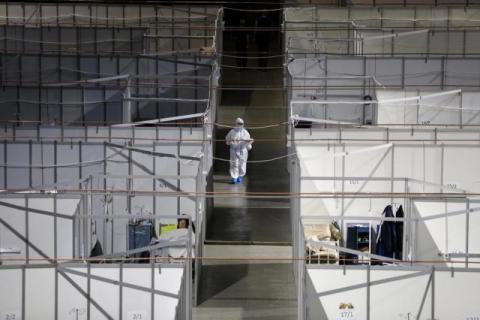 Until the last bulletin, 18.592 people were tested.
According to the latest data, there are 7.011 people in hospitals, and 245 patients on respirators.
163.035 cases have been registered in Serbia since the outbreak of the epidemic.
1.484 people died as a result of the virus.
A total of 1.744.981 people have been tested since the outbreak of the epidemic.
Earlier today, the President of Serbia announced that a difficult day awaits us.
He said that the Serbian health care system did not break down, as some claim, but that it was in a difficult situation and that it was progressing in spite of that, thanks to health heroes who help their country, unlike the others who only look for the opportunity to harm it.
Prime Minister Ana Brnabi stated that decisions on tightening the measures will be made in accordance with that situation.
"Every day we think about introducing new measures and look at the data every two hours," Brnabi said, answering the question of the journalists whether stricter measures will be introduced before the New Year's holidays.

New details on Miroslav Aleksić's case revealed: He has been abusing girls since 2008