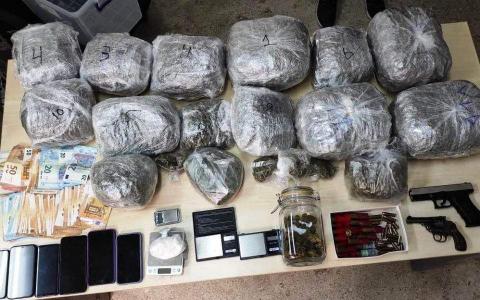 Police said on Saturday that they had dismantled a drug distribution network which used a school as one of its bases.

A total of 14 people were arrested, including two gang leaders, while another eight suspects were still at large. The gang was reportedly divided into two subgroups, one of them operating out of a school complex in the district of Galatsi and the other in Nea Philadephia.

The network distributed drugs in and around central Athens. The investigation identified at least 850 drug transactions, many of them conducted within the school complex.

After raids on the homes of suspects, police seized more than 10 kilos of cannabis, 172 grams of cocaine, seven precision scales, a revolver and a shotgun, 39,060 euros, five vehicles, six motorcycles and 36 mobile phones.

The illegal financial gain of the criminal network is estimated to be at least...