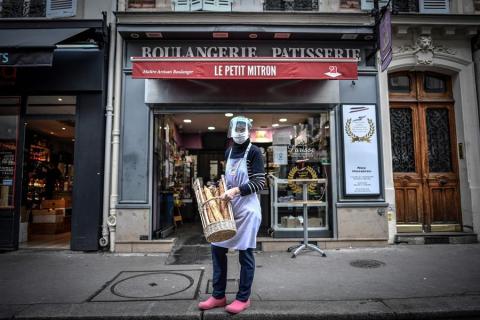 Parts of Europe reopened stores on Nov. 28 in time for the holiday season after progress in containing the coronavirus, but Los Angeles will halt nearly all gatherings with the pandemic surging across the United States.

Most countries hope to ease their virus rules for Christmas and New Year, allowing families a respite before bracing for what the world hopes is one last wave of restrictions until a clutch of promising new vaccines kick in.

Belgium is to allow shops to reopen from December 1, but keep the current semi-lockdown in place possibly until mid-January.

The move mirrors similar easing in Germany, Luxembourg and the Netherlands.

The Italian government partially lifted restrictions in Lombardy and Piedmont in the north, and Calabria in the south from Sunday, changing their alert levels from red to orange.

And Ireland has also announced a staggered easing of restrictions to allow some businesses to reopen and for families to gather ahead of Christmas.

Speaking in a televised address, Irish Taoiseach Micheal Martin said the upcoming festive period "cannot and will not be the kind of Christmas we are used to" but added the easing of restrictions would offer "some respite from the hardships of 2020 and in particular, the last six weeks".

Germany, once a beacon of hope in Europe's coronavirus nightmare, logged more than one million cases on Friday, while Russia asked India to help mass produce its controversial Sputnik vaccine.

Although the virus spread is slowing thanks to weeks of tough restrictions, Europe remains at the heart of the pandemic, recording more cases than the United States in the past week.