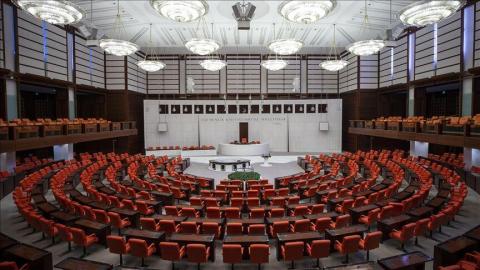 "As the political parties that have parliamentary groups in the Turkish parliament, we strongly condemn the French Senate's resolution on Nov. 25, 2020 that has been approved in defiance of the law, morality and fairness," read the declaration.

"We declare that those who took such hostile steps against our country and our brotherly country Azerbaijan are noted by our parliament and our beloved nation," it added.

On Wednesday, the French Senate adopted a resolution, calling for the recognition of Nagorno-Karabakh as a republic.

Nagorno-Karabakh, also known as Upper Karabakh, is a territory recognized as part of Azerbaijan.

It was occupied by Armenia in 1991 and has since caused a deep rift with neighboring Azerbaijan.

New clashes in the territory erupted on Sept. 27 and ended with a Russian-brokered truce six weeks later.

Turkish-Russian joint center to be ready in two weeks: Aliyev