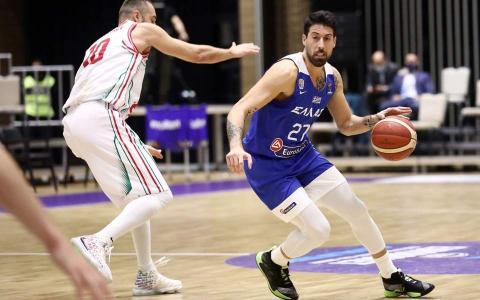 Greece's national basketball team made up for its shock loss to Latvia on Friday with a comeback win against Bulgaria on Sunday at the Eurobasket qualifiers, to all but qualify to the next round of the tournament.

This cost it dearly againsy Latvia, going down to its Baltic opponent 77-66 on Friday in a game that was disappointing throughout for the players of coach Thanassis Skourtopoulos.

On Sunday the Greeks also had some poor spells against a well-organized Bulgaria, but snatched victory 84-78 in overtime.

In a ding-dong game, Greece fell 16 points behind during the first half (41-25) only to bounce back with 17 unanswered points and momentarily lead 42-41.

Nearly Half of Bulgarians Give Preference to Authoritarian Leader