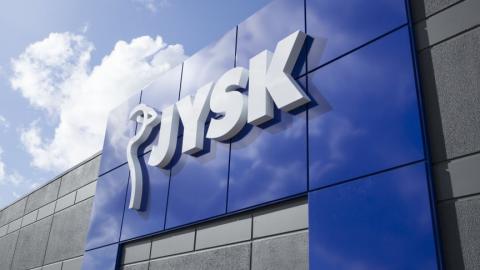 Ljubljana/Aarhus – JYSK, the Danish home goods retail chain, reported record-breaking results in Slovenia in the financial year that ended in August despite the Covid-19 pandemic. Sales revenue was up by 6.6% to EUR 38.6 million, and operating profit rose by more than 20%.

The groups’s earnings before interest, tax, depreciation and amortisation (EBITDA) in Slovenia increased by 22% to top EUR 5.9m, JYSK reported on Thursday despite the fact that sale moved online during the spring epidemic.

Sales across the country increased the most in furniture and garden furniture, as well as decorations and beds, the backbone of the Danish chain.

Vesna Kukić Lončarić, JYSK’s manager for Slovenia, Croatia, Bosnia-Herzegovina and Serbia, said the staff had done a “fantastic job” in these challenging circumstances.

She said JYSK planned to continue to grow in the long-term, which was why it was investing in the modernisation of existing stores as well as opening new ones.

JYSK opened its first store in Slovenia in 2008, and now it employs 185 persons in 22 stores across the country.

Globally, the group has more than 2,900 stores in 51 countries. It posted a record-breaking EUR 4.1 billion in revenue and EUR 489 million in operating profit for the past financial year.