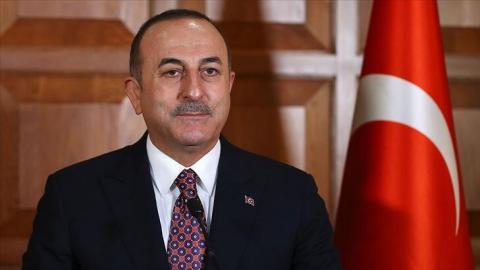 Turkey will continue to implement an entrepreneurial and humanitarian foreign policy in the field and at the table in 2021, Turkish Foreign Minister Mevlüt Çavuşoğlu said on Nov. 28.

Çavuşoğlu comments came during a presentation on the ministry's budget and structure as well as foreign policy goals and priorities at the Plan and Budget Commission of Parliament.

Turkey allocated more than 5.7 billion Turkish Liras (more than $738 million) for central and abroad representations of the ministry to carry out duties and responsibilities.

A budget of 787 million Liras is allocated for the EU Presidency, including 698 million for participation in the National Agency and European Union (EU) programs and 42 million for the Turkish Accreditation Agency, according to the presentation said.

Turkey will continue to strengthen the institutional capacity of the ministry in line with the requirements of its foreign policy.

The number of foreign missions in Turkey was 163 in 2002. Now, the country has 248 representatives, including 142 embassies, 13 permanent representations and 91 consulates-general and consulates spying and a trade office. The country aims to reach 275 representatives abroad soon.

The intense work by central and abroad representatives will continue next year to ensure that nearly 7 million citizens living abroad, more than 5.5 million in Western European countries, can receive uninterrupted consular service.