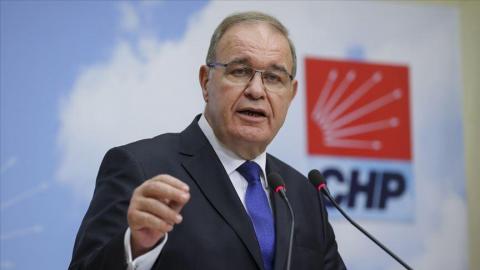 Republican People's Party (CHP) Spokesperson Faik Öztrak has criticized the government for its way of handling the novel coronavirus pandemic.

"While we were one of the most successful countries in combating the pandemic, we became the worst one overnight. We are one of the top three countries in the World with the most cases," he told reporters on Nov. 30, referring to the earlier "proud" statements made by the government officials over handling the outbreak.

As the government was "unable to manage the pandemic, they try to manage the numbers," Öztrak said, criticizing the Health Ministry for "hiding" the real figures since August.

The Turkish Medical Association was criticized when they said that the figures announced by the health ministry were incorrect, the spokesperson said.

"There is no room left in hospitals anymore. The intensive care units are full and overflowing. Cafeterias and gardens of the hospitals are turned into field hospitals. They have lied to the nation for nine months," he said.

President Recep Tayyip Erdoğan is "responsible" for the loses of this pandemic as thousands of citizens have lost their lives, he said, accusing the government of "hiding the number of cases and the real picture in the pandemic," and for not taking necessary precautions.

The economic burden of the outcome is weighing mostly on the low-income segment of the society and this situation is worsening the income inequality, Öztrüak stated.